On Friday 6th October a party of 31 students travelled to SKY STUDIOS in London for a SKY ACADEMY workshop. 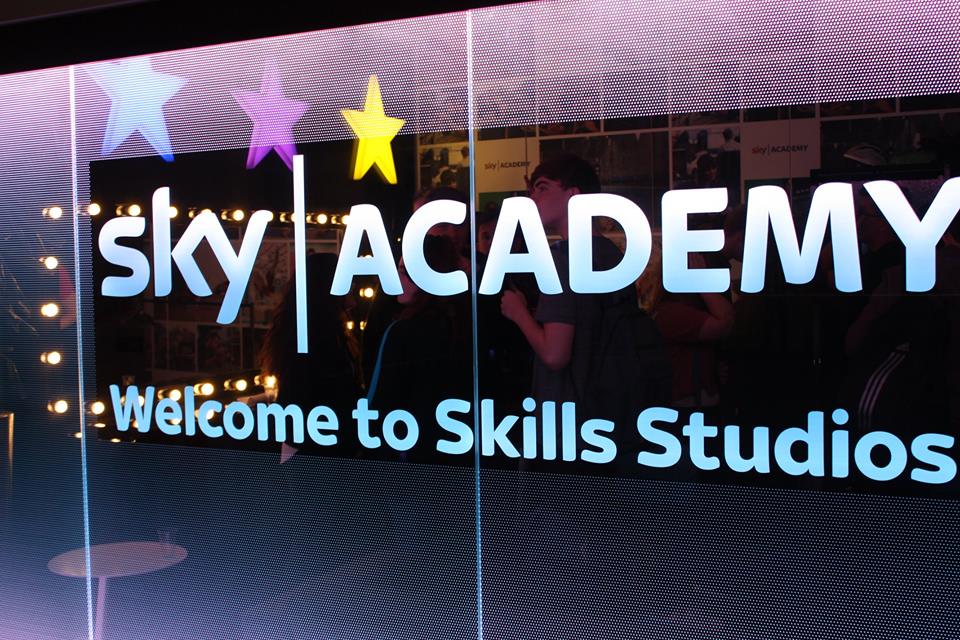 On Friday 6th October a party of 31 students travelled to SKY STUDIOS in London for a SKY ACADEMY workshop. They were given a tour of the studios (the size of a football pitch), were given access to the Studio being set up for Friday nights’ live broadcast, and observed the technicians who broadcast and monitor all 500 SKY channels broadcast to Europe.

Additionally they watched the live broadcast of the Sports news and saw no less than five of the Sky presenters including several who rewarded them with some big waves (during the important messages i.e. adverts, of course!) After the tour they then spent two hours making their own four-part TV program with a Natural Hazards theme, which entailed GREEN screen presenting, costumes (including newscaster outfits), creating their own script, and creating their own screen titles. All had loads of fun, and had access to four separate studios each equipped with a £15000 camera, and a mixing desk half the size of a table tennis table to mix the graphics and sounds and to edit the final programs. Each student had a different role, editor, producer, cameraman, eye witness, newscaster, etc and all were given at the end of the day a memory stick with a complete copy of the whole program made in the four studios.

It was a fabulous event with access to equipment and studios normally denied to the Public, and a trip we intend to repeat at the end of the Summer Term. By the end of the day we had several students who were inspired enough to see this as a real career opportunity for themselves.

Check out our Facebook page for all the photos from the trip!