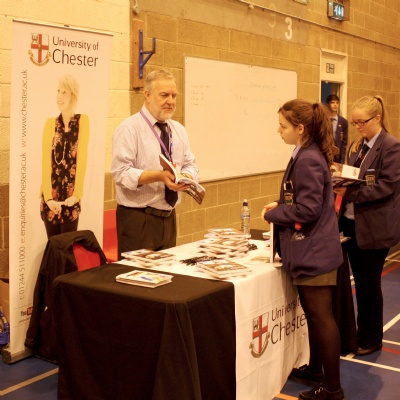 We held our second annual Careers Fair on 14th October 2014, find out how our students got on. 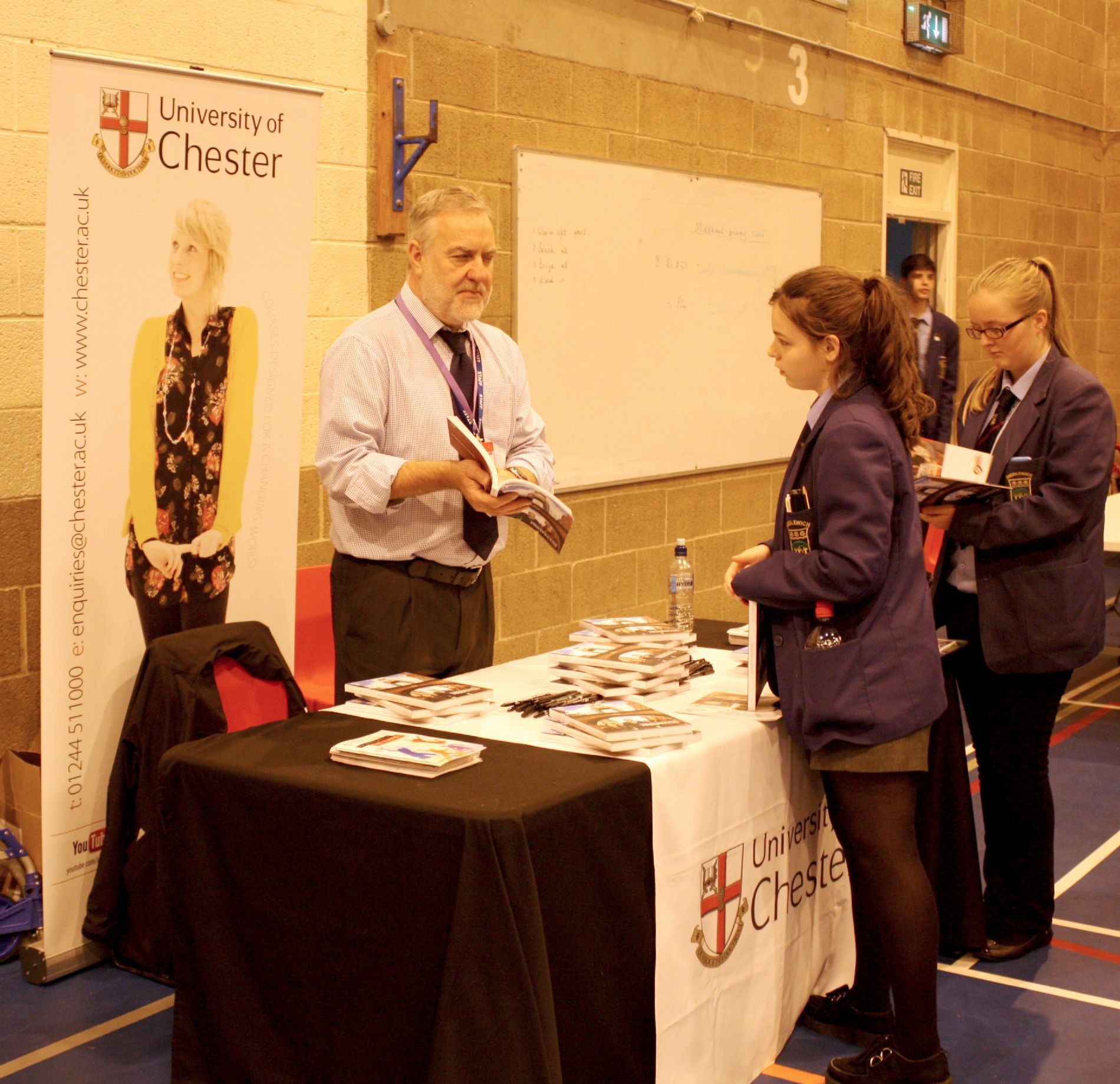 Middlewich High hosted our second Careers Fair on Tuesday 14th October. This fair focused on advising Key Stage 4 students, with Years 9-11 invited to attend during the day. Due to the increased number of organisations attending, the event was moved to a larger venue—the sports hall.

All of our partner colleges attended including Sir John Deane’s, South Cheshire, Reaseheath and Mid Cheshire. This enabled our Year 11 students to obtain guidance about their post-16 options and which subjects  they were suited to. We were also joined by two local universities—Chester and Manchester Metropolitan (Crewe)—both proved very popular with our students, who were keen to find out about the different courses on offer and the facilities on site.  A large number of Apprenticeship providers also joined us including Barclays Bank, who offer Technology apprenticeships based at Radbroke Hall in Knutsford. Total People and Mploy provided guidance about a variety of apprenticeship and training programmes.  Escala are an IT company who were popular with students looking at careers in programming.

For the first time, we were joined by the Army who are the biggest provider of apprenticeships in the country.  We have been promised that they will bring the RAF and Royal Navy with them next time!

All of the organisations involved were very impressed by the intelligent questions asked by our students and by how much thought students were clearly giving their future plans. They also commented on the politeness of students who thanked our guests for their advice and helped with guiding guests to the venue.

Tutors and students have given very positive feedback about how useful the event is and I was pleased to see a number of parents who attended after school.  I look forward to the next bigger and better careers fair next summer.

Helen Oakes from Mploy had this to say about our Careers Fair: “Many thanks for inviting us yesterday, we had a lot of young people really interested in apprenticeships, I found them all to be well behaved and confident to talk about their future plans.”